John, the subject on everyone’s mind. He was diagnosed with diabetes when he was only 4 years old, and back then, he needed people around him to help him manage his diabetes. He believed that adults had his best interest at heart and didn’t mind suggestions about what to eat. As he got older, his opinion about adults changed considerably.

John has lived with diabetes for eight years, and this past Thanksgiving was frustrating, to say the least. He no longer viewed advice from extended family members as helpful. John has had his fair share of interference from diabetes police officers in the past. It seems that they are everywhere. He runs into them at school, with extended family, family friends, and random strangers who make uninformed remarks.

He recalls during our last session, trying not to binge during this past Thanksgiving. By the time dessert was served, he had fielded over 10 questions about his diabetes. He had to listen to family members and strangers talk about his diabetes for what seemed like an hour. 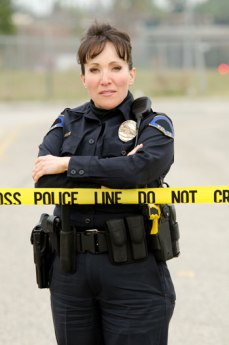 He was so frustrated and sad. John started to eat his first piece of cake and may have stopped with the one-piece, as we discussed during his last family session. Unfortunately, his aunt came up to him and asked him if he was supposed to be eating that. John said that he was allowed to eat the delicious piece of chocolate cake he had in his hand.

John was in the right, he gave insulin ahead of time and picked the most fat-filled dessert he could find to reduce blood sugar spike. He never intended to binge on sweets. His aunt went away, and he was relieved until his mother found him and informed him that his aunt was concerned that he was overeating.

He thought to himself, “I can’t believe my own mother is against me!” “Fuck it,” and when no one was looking, he took another dessert and then another till his own guilt stopped him from eating anymore, but the damage was done. It took all of Friday to recover.

John’s mother knew that he was allowed to have a piece of cake. Despite knowing that her son usually makes good choices, her worry got the better of her, and she decided to look into her sister’s concerns. Mom’s behavior is not a problem in John’s narrative.

John is not the problem either. The problem is much more significant. It has to do with a lack of healthy boundaries around John’s diabetes, with his extended family.

When I was John’s age and had to deal with extended family members who thought they knew how to manage my diabetes and acted like diabetes police. I binged out of anger and feeling sad for myself, as well. Diabetes police can interfere anywhere at any time at any age.

Adults with T1 might need to set boundaries with co-workers as well as extended family. Setting boundaries are more difficult as a child because most diabetes police believe they are in the right and that the child in front of them is wrong.

Parents need to talk with their child (age-dependent) to include them in the development of the boundaries and then implement those boundaries with their extended families.

Usually, merely stating that extended family members are to address all diabetes-related questions to the parents or keep them to themselves, may work. Families are very complicated at if the family agrees to the boundaries, you might have to reinforce these boundaries again and again and again until they get it.

For additional parental advice and a deeper understanding of what your child is living with, please check out my new book: “Parenting Children with Diabetes.” On sale at amazon. https://amzn.to/2VHPccf

If you feel you need more help with boundaries or other issues, please reach out to me at eliot.lebow@gmail.com.

Medical Disclaimer:
All the advice included in this blog is therapeutic in nature and should not be considered medical advice. Before making any changes to your diabetes maintenance program, please consult with your primary physician or endocrinologist.

Eliot LeBow, LCSW, CDE, is a diabetes-focused psychotherapist. His private practice, located in New York City and is also available via Skype. LeBow, who has been living with type 1 diabetes since 1977, treats the many diverse cognitive, behavioral, and emotional needs of people living with type 1 and type 2 diabetes.

For more information go to his website or set up a free 30-minute phone consultation to see if talk therapy is right for you.

Eliot LeBow, LCSW, CDE, is a diabetes-focused psychotherapist, diabetes-coach, presenter, and writer. His private practice, located in New York City and is also available via Skype. LeBow, who has been living with type 1 diabetes since 1977, treats the many diverse cognitive, behavioral, and emotional needs of people living with type 1 and type 2 diabetes. Diabetes-Focused Psychotherapy takes a holistic approach combining traditional talk therapy with diabetes education and management help. It addresses both the physical and emotional aspects of living life with diabetes while still addressing other non-diabetes related life problems to create a unique holistic approach to helping people with diabetes thrive. View all posts by Eliot LeBow LCSW, CDE